When I see a headline like “Coffee may come with a cancer warning” it piques my interest. But the first thing I don’t do is share it with everyone in my social media circle; “Coffee is bad and I now have proof!” The next thing I don’t do is take the article at face value and stop drinking coffee, essentially making a life decision based on one article.

On the other hand, it’s important to be open to new information and update our opinions and beliefs because the world is certainly changing fast. Balancing the reality of poorly researched/biased information and still making smart judgements in an ever-changing world is becoming increasingly important.

Here’s my basic process for a 10 minute fact-check and analysis for these sorts of articles. I try and maintain a “I don’t know” mindset throughout the process:

Step 1: A google search. What are the claims being made and in what context?

I quickly find and read a few articles sharing the same concepts to get an understanding of acrylamide. Like this article, this one and this one. 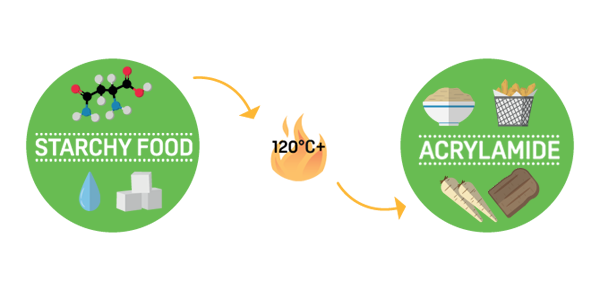 Step 2: More research. I go directly to Google Scholar and spend 15 minutes skimming over the conclusion of the actual scientific article that was cited.

Step 3: Analysis. In what world would this be true and in what would would it be untrue? What is the counterclaim?

California is notoriously stringent about its labeling because of Proposition 65 (more so than at the federal level), which requires the state to list any chemical that is potentially harmful. Most of the experiments used to determine these chemicals have been done on lab animals, given extremely high doses of x substance. I remember once eating a protein bar in Cali, and there was a warning label that said I could be at higher risk of cancer just from eating one bar.

Based on this research, I am still not 100% convinced that coffee is harmful but I recognize there could be some risk at higher doses. There still needs to be continued cancer-research on humans, so this is definitely worth following. In terms of action-steps, I don’t stop drinking coffee, but…

It’s important to remember that we don’t always have to have an opinion on everything, and there are very few ‘ultimate truths.’ I’m sure in a few years we’ll have a much clearer picture of where coffee stands. Maybe coffee is good and maybe it’s bad, and that’s ok. For now, I’ll keep an eye on future studies and enjoy my morning brew.