In 1957 Charles Darwin’s grandson (Sir Charles Galton Darwin) wrote a piece about the upcoming “Age of Leisure” in a popular magazine at the time. 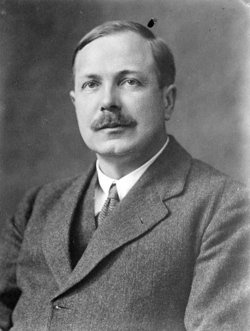 He writes the following:

The more leisured members of the community will have to play games for the other twenty-five hours so they may be kept out of mischief. . . .Is the majority of mankind really able to face the choice of leisure enjoyments, or will it not be necessary to provide adults with something like the compulsory games of the schoolboy?”

Darwin fears that technological progress will happen too quickly and leave droves of people with nothing to do. All that free time is going to cause mass unemployment, mischief and turn us into bad boys and girls, so the government (or whoever) will need to come up with ways to keep us occupied.

A few weeks later, a rebuttal to his article pointed out a glaring flaw. Yes, we will be bored and out of our minds. But by creating “compulsory” play time, you’re defeating the purpose of play — which is unpaid — and it’d never work. People want to choose what to do with their free time.

The authors don’t provide any alternative solution to Darwin’s proposal, but go on to say:

“Education in the future must suggest, rather than compel. It must encourage, rather than punish…The citizens of tomorrow will have to learn at school what they cannot learn at home: how to make use of their ever-increasing leisure hours.”

But both sides agreed that we might become mischievous and bored to death. “Inevitable,” they said, and “the scientists have to figure this out before society collapses!”

Fast forward 50 years — it’s clear that both sides were wrong. Having too much time on our hands is hardly a concern.

The rapid pace of technological progress, instead of freeing us, has actually given us less time. Our access to instant communication pressures us to always be online, email has become a way of life, and people are always trying to get more done in less time on a never-ending hamster wheel. Facebook, Google, Amazon and Netflix have only taken more of our time. It’s only given us more to do.

This rapid change hasn’t been too healthy for us, especially coming from hundreds of thousands of years living in small, tight-knit communities. We’re dying of heart attacks and anxiety and strokes — most of the visits to the doctor are stress related. Parents spend more time at work and less time with kids. We have to schedule a time to see our friends weeks ahead of time because everyone’s got “more important” things to do.

“Urbanization has inevitably led to the contraction of time” explains Geoffrey West, and today we’re being “accelerated to death.” We’re not bored to death, but we’re starved for time, and technology hasn’t given us quite the freedom or mass employment that Darwin had predicted decades ago.

Moore’s Law is progressing steadily. But what will the world look like in 20, 30 or 50 years?

If history tells us anything, it’s that we’re bad at predicting the future.

“There is not the slightest indication that nuclear energy will ever be obtainable. It would mean that the atom would have to be shattered at will.” – Albert Einstein, 1932.

“There is no reason for any individual to have a computer in his home.”-Ken Olson, president, chairman and founder of Digital Equipment Corporation

“I predict the Internet will soon go spectacularly supernova and in 1996 catastrophically collapse.” — Robert Metcalfe, founder of 3Com, inventor of Ethernet.

While the future is by no means inevitable, when technologies are invented it’s not too long before the genie slips out of the bottle. The recent invention of the gene-editing tool, CRISPR, has raised all sorts of ethical questions. It was being handled carefully until a scientist in China said ‘screw that’ and went ahead and edited the genes of twins without consulting anyone.

You’re probably sick of hearing about AI and blockchain, but they’re going to change the world. In a Venture Stories podcast with Coinbase CTO and AngelList founder Naval Ravikant, they discuss the future of the job market. A lot of the fear about job displacement and destruction isn’t unfounded. Jobs will disappear, but new jobs will appear. More interesting jobs. A human’s individual and creative ability to leverage technology will give him or her a leg up to tap into a whole new global, frictionless economy.

One possibility is that the rise of cryptocurrencies and blockchain based companies will massively reduce friction in the job market (by cutting out middle men) and result in what Naval calls “instant jobs.” Imagine a Facebook feed or a Twitter feed, except all of the posts are micro tasks and jobs that you can do (this is similar to how the app Earn works).

I think we’re already headed in that direction. Over 40% of Americans are either freelancers or doing some sort of freelance works, and the trend is similar globally.  It’s clear that we all crave autonomy and control over our time and work, and I believe we’re all entrepreneurs. Entrepreneurship is a loaded word, but it’s becoming easier and easier. The million dollar, one person business is a reality that wouldn’t have been possible a couple of decades ago.

There are hurdles, of course. Uber, Airbnb, Esty, Amazon have created many jobs. You can turn your car into a money making machine, your apartment into a hotel, or leverage an online platform to sell to a worldwide audience. However, society has been setup to cater towards full time employees working at one place — from proving credit worthiness to insurance — so an Uber drive may not have the power to leverage a union or labor laws like a full time cab driver. New laws and systems will have to cater to a world where full time jobs are no longer the norm.

In the future, starting a company will be easy. Naval says:

“To our kids, for them, creating a company, will involve hitting one button, and a whole series of smart contracts will fire up, and a company will get created. They’ll drag and drop who’s an employee, who’s an investor, and who’s owed how much. You’ll be able to run this completely distributed, virtual, trackable, trustless company without needing armies of lawyers or judges.”

As freelancing and entrepreneurship become more accessible to the masses, I find it hard to believe that we’ll suddenly descend into boredom. It’s not just that it’ll be easier to work and make money in creative/new ways, it’s that the whole definition of “work” and “jobs” is shifting. Anyone that hates their job might not agree, but if you’re able to live by your own terms, do a job or jobs that you love, and spend more time with our friends and families (as we should), then it’s easier to find a deeper sense of meaning. It’s hard to call a “job” a “job” when you love it and want to spend a significant chunk of your time getting better at it.

Flex your imagination muscle a little bit. Is it really hard to imagine a leaderless, decentralized society? It’s already happening in Nevada. Or where we can access a range of global jobs at the push of a button? Or an economy where we have 100 different sources of income that come in the form of micro-payments from around the world? Dozens of blockchain and AI startups are working to make it a really.

Even if we did descend into a life of leisure, assuming we’re able to have steady income flows, then so what? It just means we’d be more able to act as free agents and live happily. War, hatred, aggression have deep roots in political and economic strife, and if we can figure out at least half of that equation (economic strife) we’ll likely live in a more peaceful world.