One day, a spider decides to weave the best spider web in the world.

“I’m going to build the greatest web ever. It’s going to be unique. But first, I need to find my own true inner web-iness. I must find what it truly means to build a web.”

Spidey embarks on a spirit quest. Like other spiders, he looks to external substances to shift his perspective.

He decides he must enhance his spidey-brain – he must be more productive. He dips into a cup of coffee, and then spins his web. 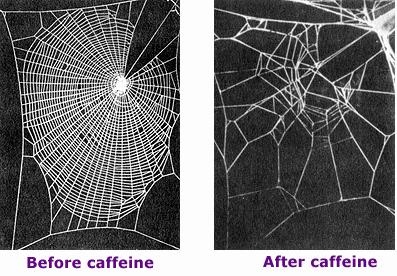 Caffeine makes him feel productive, but in reality he’s frantically weaving his web here and there – and the result is less than pretty.

Continuing his journey, spidey comes across a couple of mind-altering weed brownies sitting in the kitchen.

After eating some and building his web, he gets the munchies and forgets what he was doing. 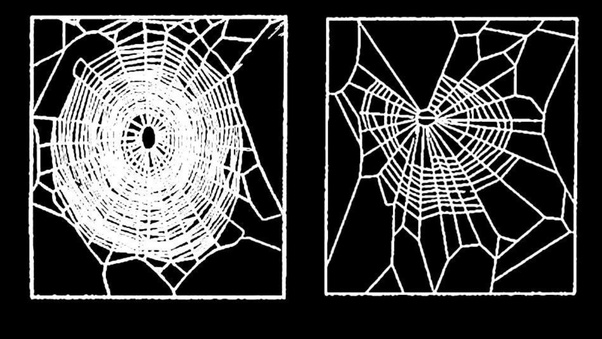 The marijuana web is a bit whacky, yet it’s still functional for catching flies. For a while the stoned spider gets caught up in bad habits, making excuses like “my web is just fine,” even though deep down he knows it’s not the best web in the world.

After a while, he gets tired of marijuana. He decides to put his mind to the ultimate test and take a journey to a different universe – LSD.

Ahh yes, the LSD web has a certain beauty to it. The spider enjoys this new psychedelic spider web for a while, and it gives him new perspective. But he realizes that LSD was just one more way to look at things. It wasn’t absolute.

“What is beauty?” the spider laments, hanging pensively in some corner.

Eventually, after much frustration and contemplation, the spider is left hanging where he started.

The next day he gets up, sober, and weaves his web as usual. And then suddenly he shouts in a moment of illumination.

You see, Spidey already knew how to spin a great web, catch its food, and get by just fine.

Little spidey realized that he had everything he needed to build the perfect web. He’d always had it, it just took him a while to realize it.

And so like that, the quest to build the perfect spider web comes to a glorious end, and a new day begins.

(FYI: the pictures I used above are the results of spiders actually taking those substances! In the 1980’s NASA decided to do an experiment to test the effects of various drugs on spiders. The lucky spiders either got a dose of caffeine, marijuana, LSD, sleeping pills, or benzedrine (amphetamines))